It was Hanshi Spanton’s first visit of the year to West Wales today, for a WHKK kata course at our Carmarthen dojo, attended by our purple, brown and black belts. The course concluded with a senior grading, where Aled Thomas was successful in his Nidan (2nd Dan) examination, thus keeping our run of black belt promotions running.

Aled (re)joined us at Carmarthenshire Karate back in 2013 as a 2nd kyu, having started the first time around (like many do) as a child, and he hasn’t looked back since. We’ve seen him power through his 1st kyu and then 1st black belt grading, and now its great to see him follow this up with his 2nd Dan too. We’re also pleased to report that Catrin Jones was also successful, passing her final brown belt (1st kyu) grading in front of Hanshi Spanton. 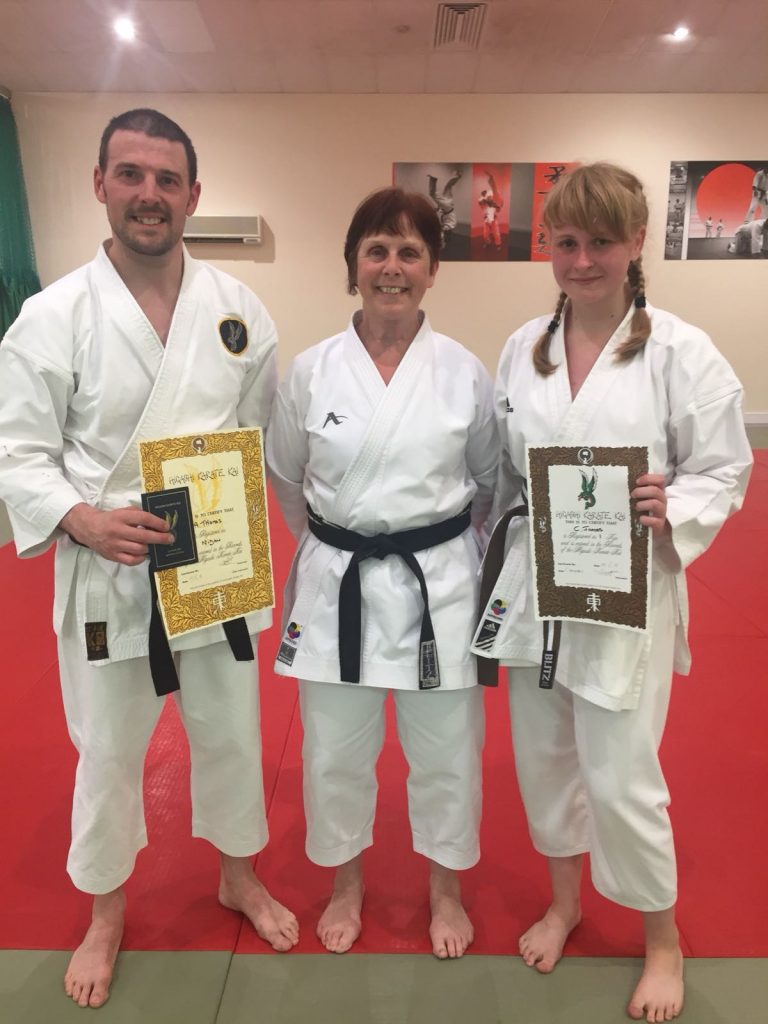