With the return our outdoor classes in March (for our under 18 students), some of our junior members have been put to the test already; reward for all of their hard work in the online dojo during the first three months of the year. In the Nantgaredig sunshine, the thirteen lucky candidates each demonstrated the progress that they have made since their last gradings.

Llongyfarchiadau i chi gyd / Congratulations everyone!

Well done to everyone that achieved their purple, green, orange and yellow belts, as well as those with upgrades within their existing level.

Congratulations to everyone that passed their grading examinations with us this morning in Nantgaredig. This was our final grading examination of the year, which included both junior and senior grades, plus the latest beginners that have joined us during the era of outdoor training.

There were some great results across all levels, and everyone thoroughly deserved their promotions. Llongyfarchiadau i chi gyd!

We were back at our outdoor dojo in Nantgaredig today, for another grading examination. This time, it was the turn of some our junior grades to be put through their paces, having been confined to online-only gradings earlier in the year. It was great to see everyone step up their efforts, and congratulations to everyone on their results. 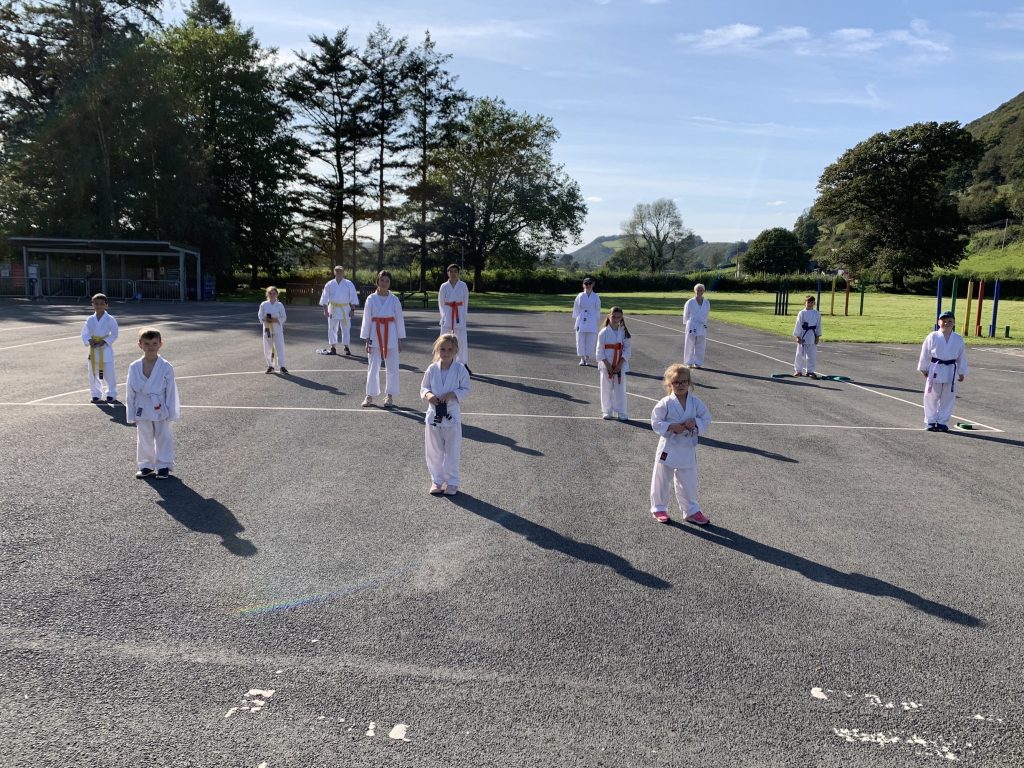 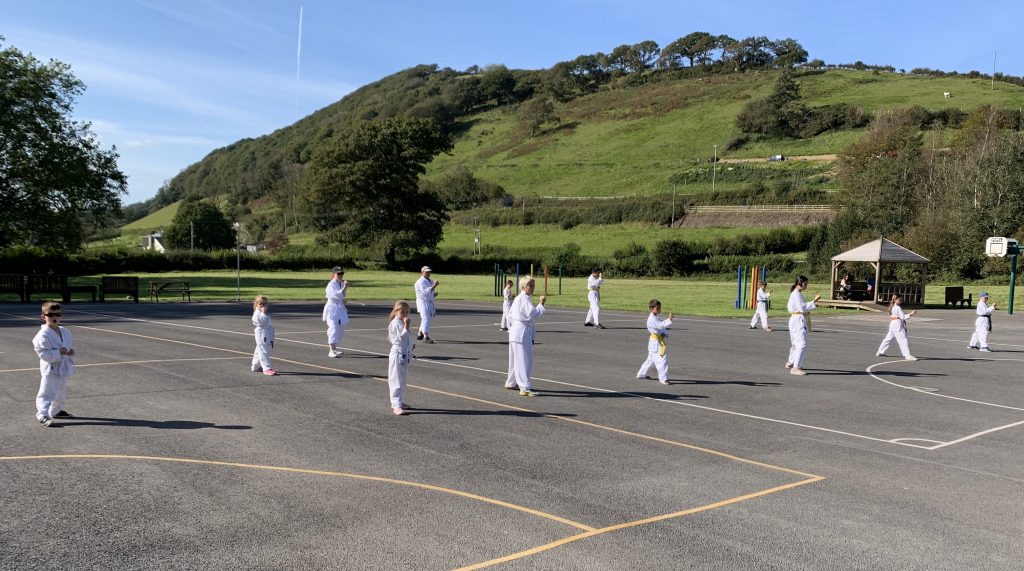 It was a grey morning for our second outdoor grading examination of the summer, but the students in this senior group brightened the day with some great effort and performances on the “tatami”. In fact, the conditions were ideal – no glare, comfortable temperature and the rain held off. Having benefited from an extra month of outdoor training (three times a week), these candidates had the best preparation possible, which showed in the results. Well done to you all. Llongyfarchiadau! 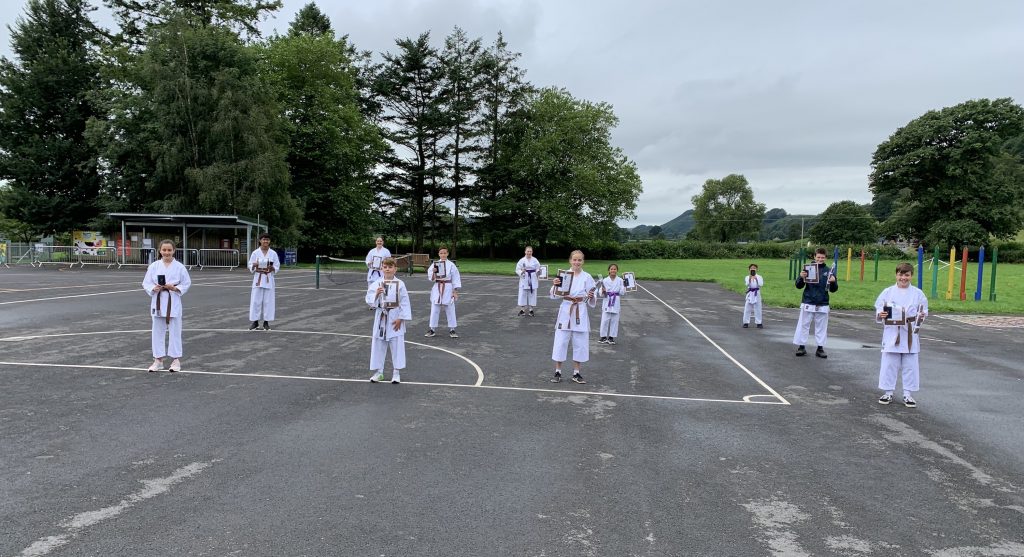 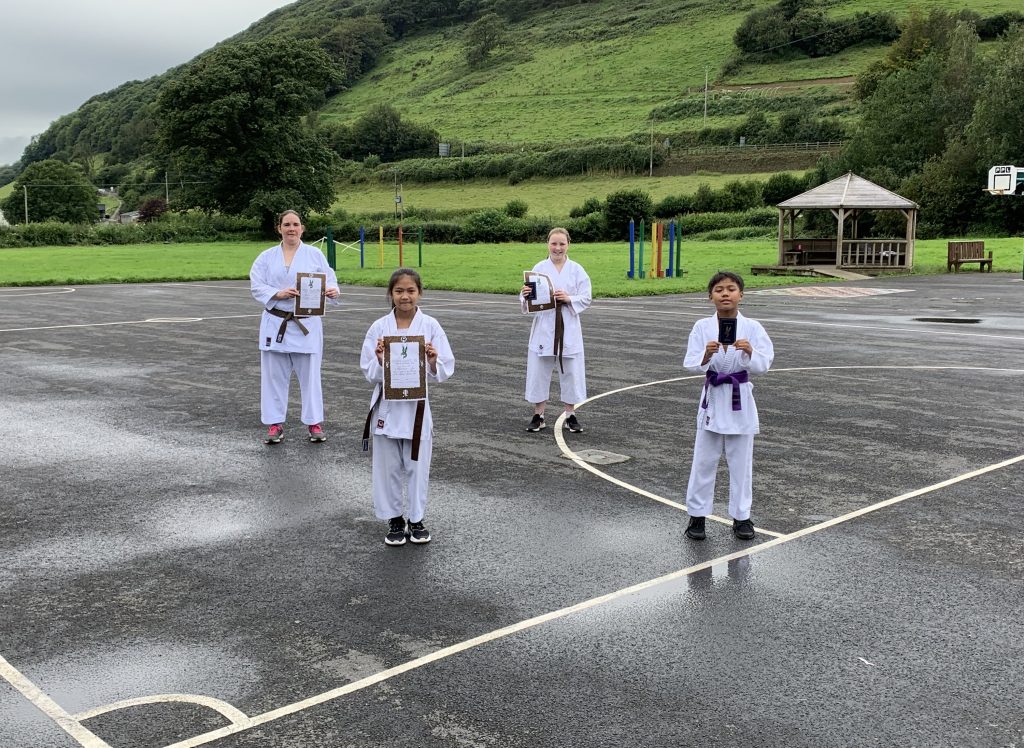 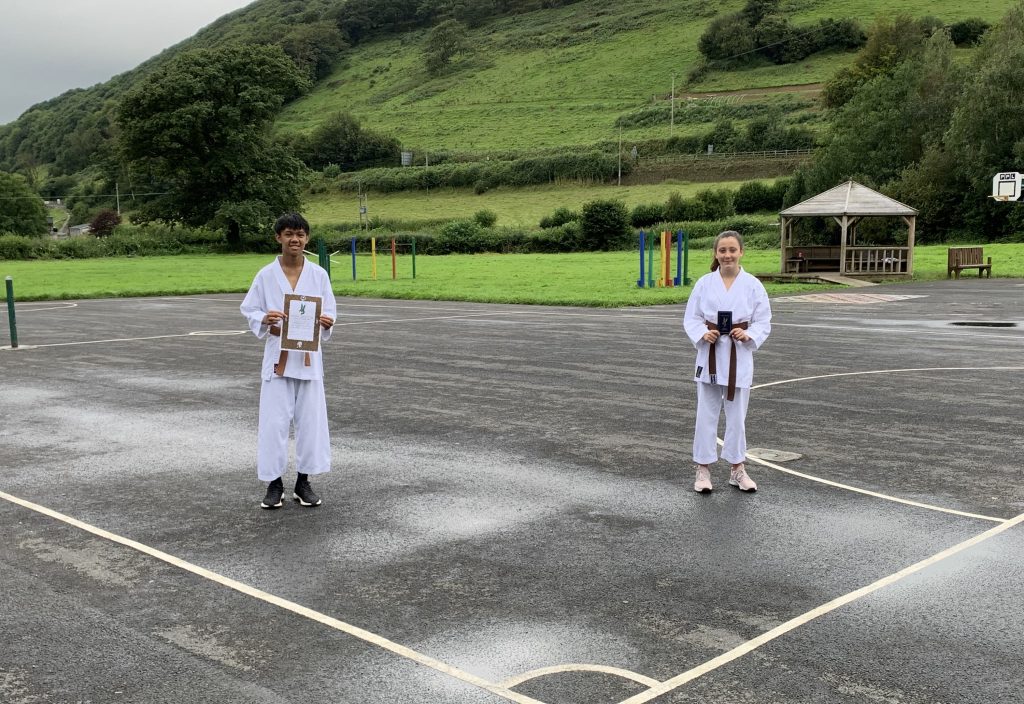 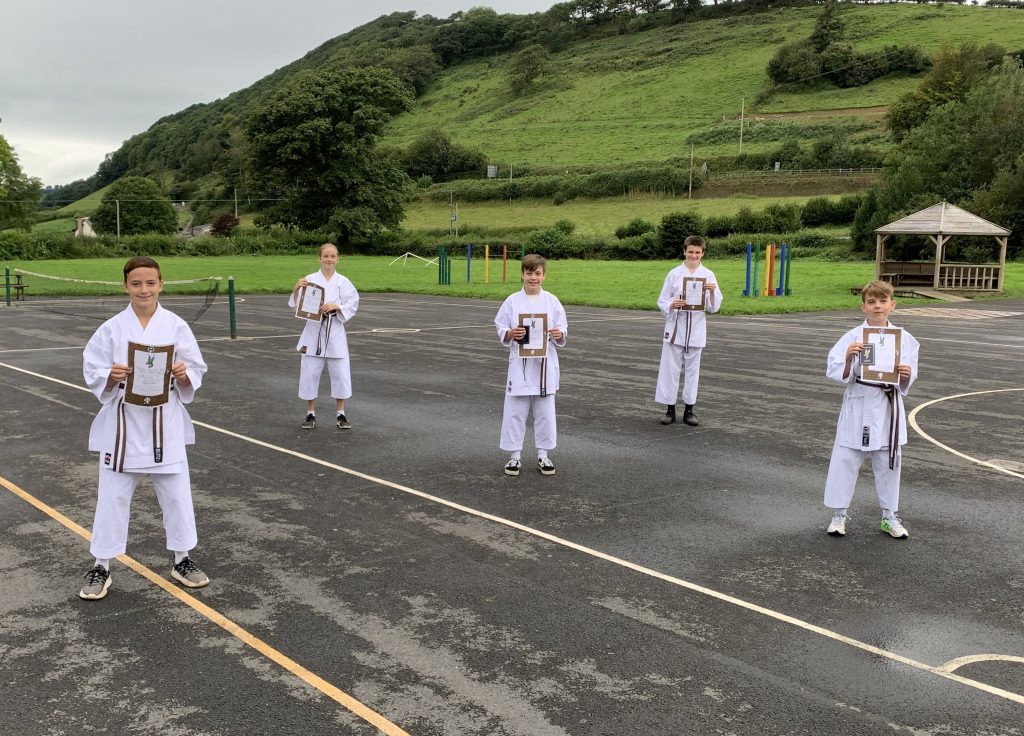 This weekend saw another group of our junior-grade students being put through their paces in an online grading. Using the same format as our first ever remote examinations last month, this small group were asked to demonstrate a variety of their basic techniques, in addition to all of their required katas.

The standard shown was again very good, confirming once more that the online training sessions – and the new outdoor sessions, recently introduced – have been beneficial and an effective way of continuing to progress in these difficult circumstances.

Congratulations to everyone on their performances and the results that they achieved. Da iawn i chi gyd.

It was a great morning in Nantgaredig for our first senior grading of the summer – the sun was shining and there was 100% effort from all of the candidates. Having benefitted from uninterrupted online training for the last fifteen weeks – as well as some in-person, outdoor training more recently to make sure that everyone was on top-form and ready – it was no surprise that the standard demonstrated was of top quality. They’ve certainly set a high bar for the next group of candidates to reach or exceed, who are due to take their examination in August. 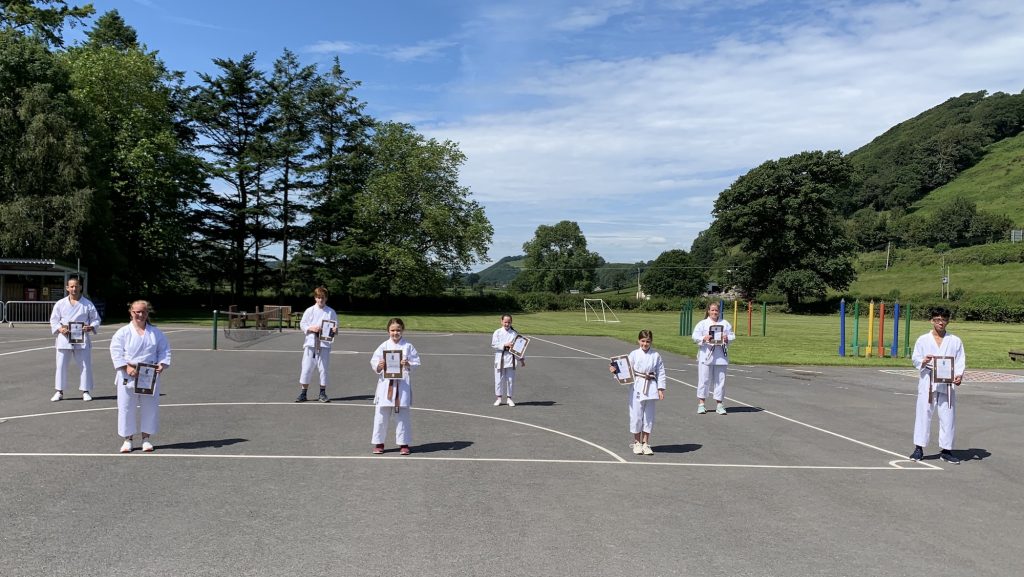 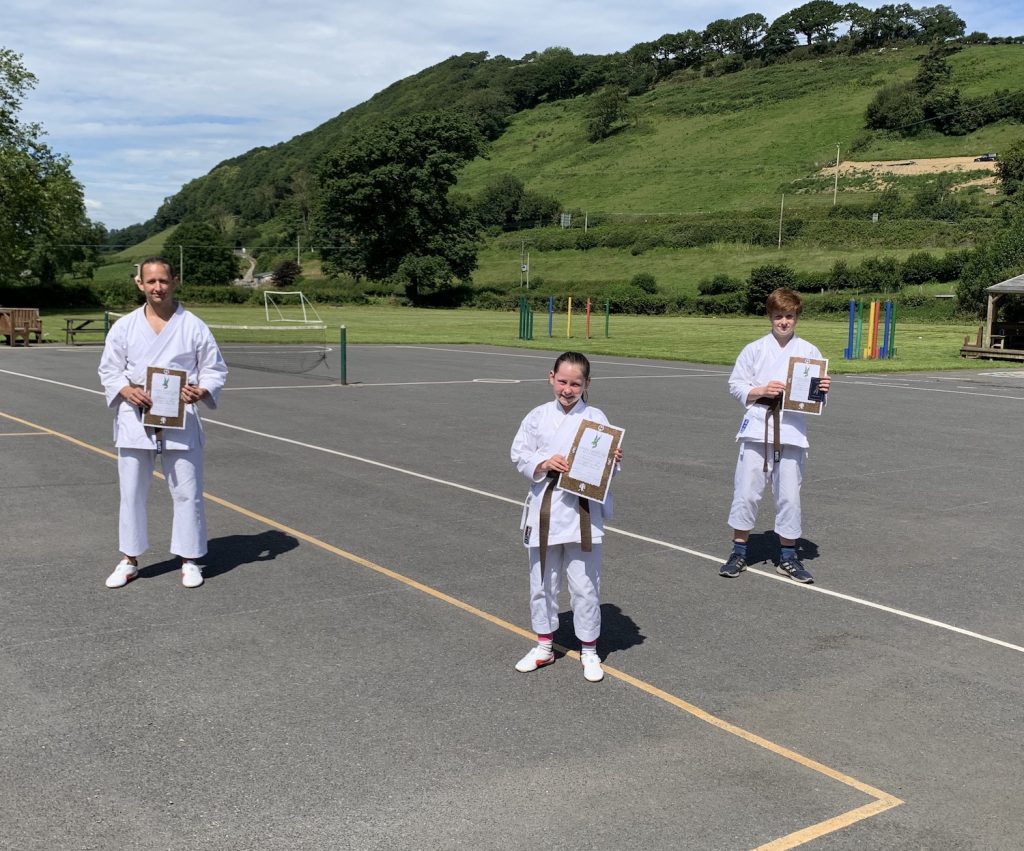 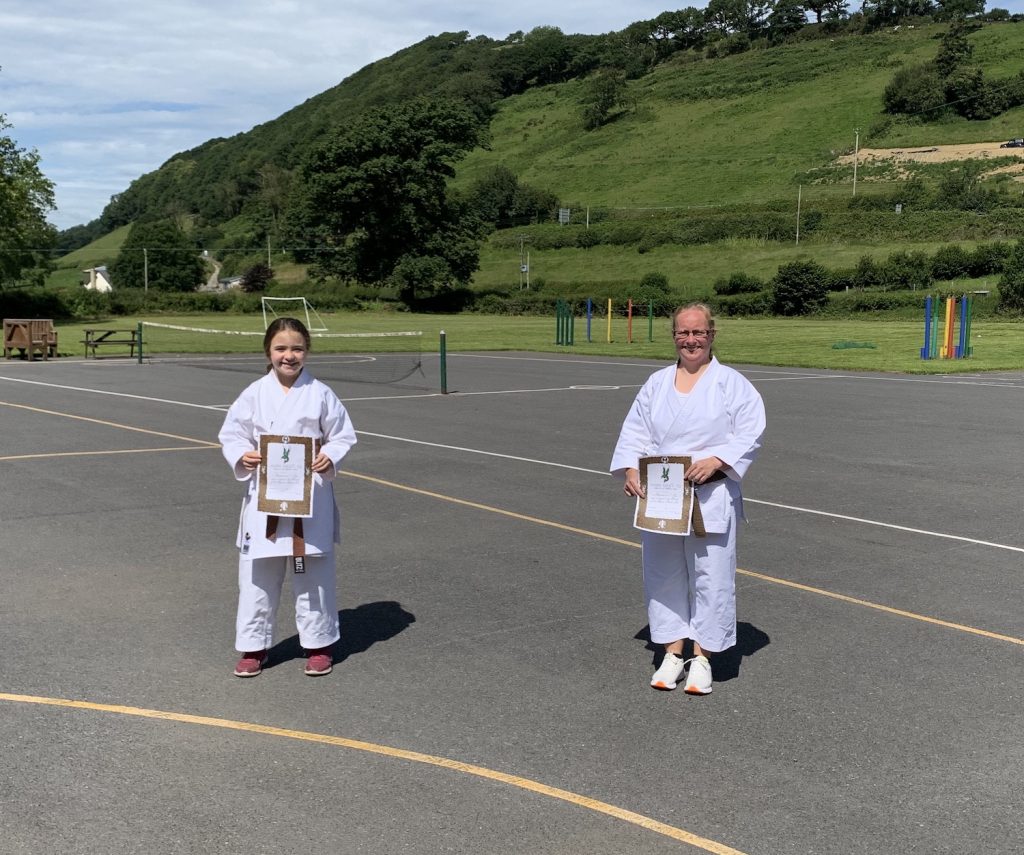 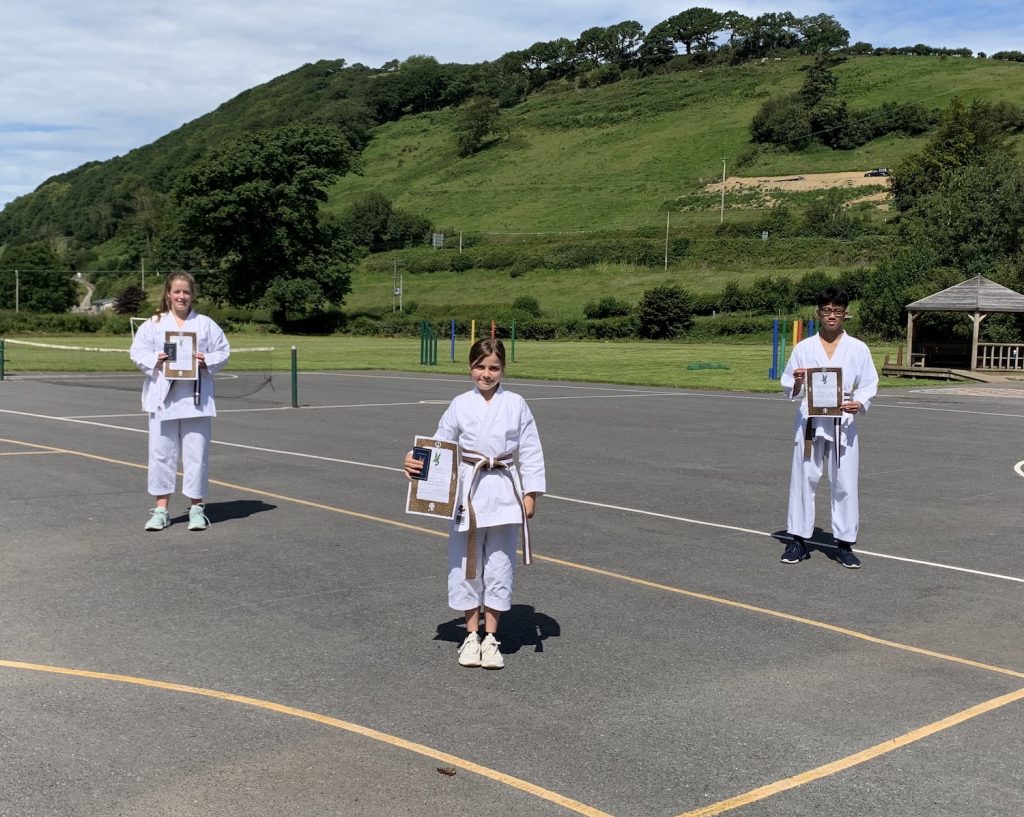 With eleven weeks of online training under their belts – and up to three sessions per week – some of our junior members took part in the first ever Carmarthenshire Karate online grading examination today. On the day that we had been scheduled to hold the summer grading, our instructors all agreed that the hard work and commitment that had been put in by these students, especially over the last few months, deserved to be rewarded.

In two small groups, our young karate-ka were put under just as much pressure and scrutiny as a regular, in-person grading (if not more!). First they were asked to show techniques and combinations from the syllabus, before getting a chance to individually demonstrate their katas to our eagle-eyed examiners.

Just as expected, the effort that everyone put in was worthy of applause and the excellent results reflected that fact. Congratulations to you all… 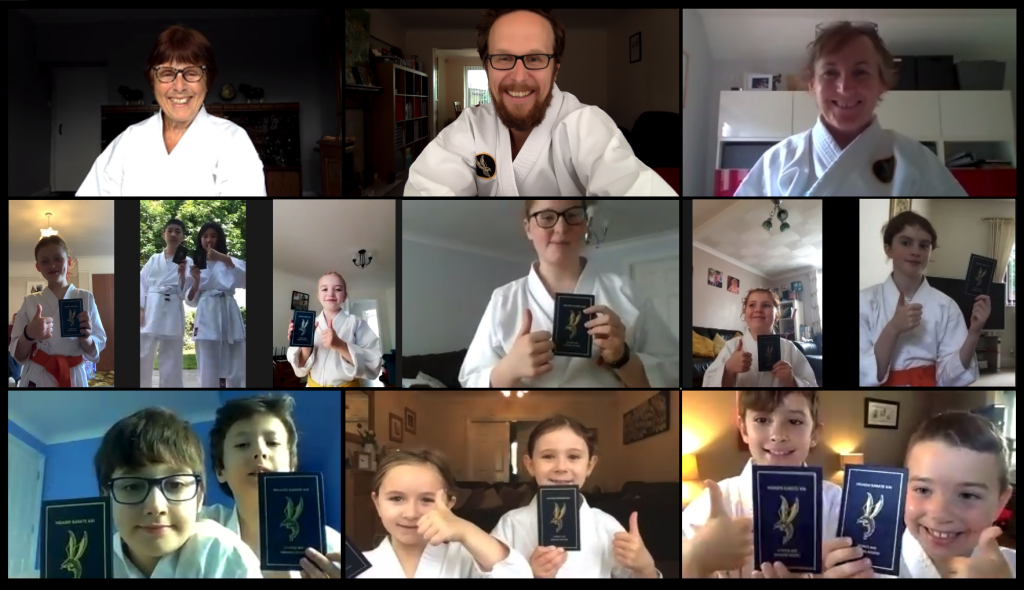 Given this successful first attempt, we fully intend providing the same opportunity to the other junior grade students that have been joining us for online training, but had not yet gained enough sessions to qualify. The date for the next online grading will be announced shortly, and is expected to take place at the end of July. 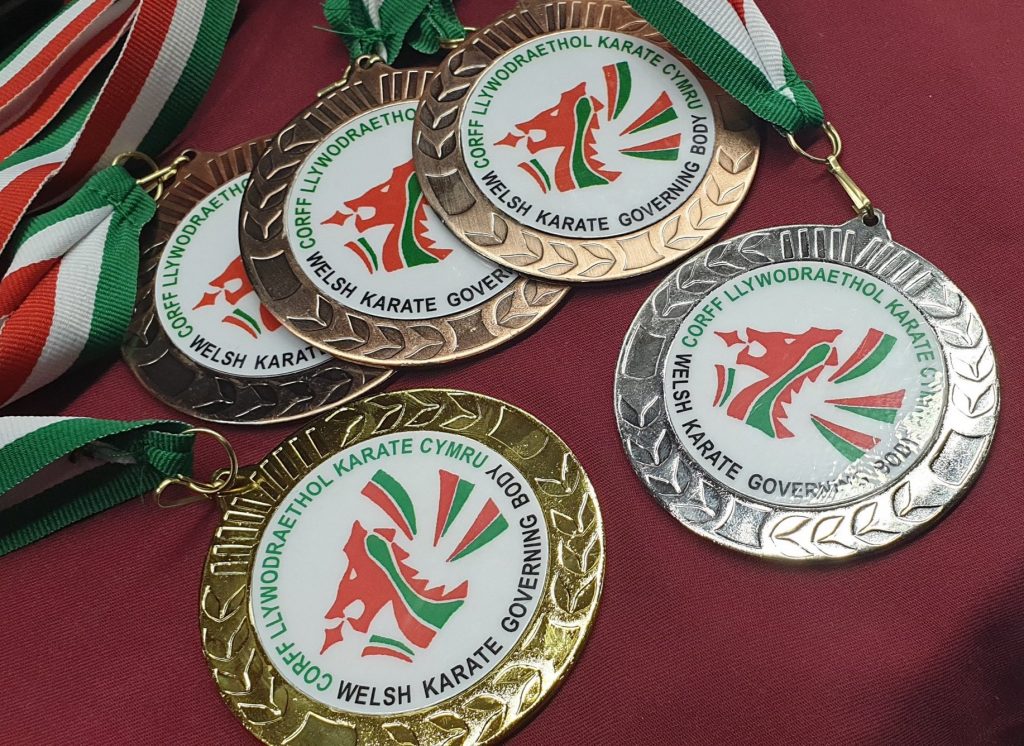 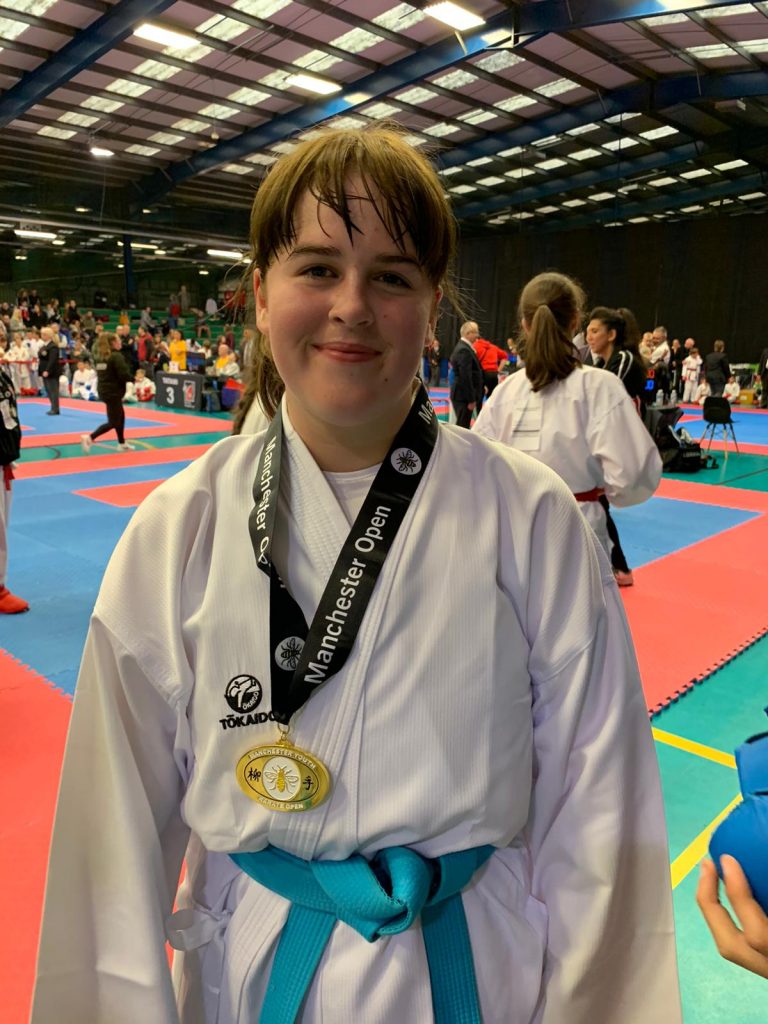