Two of our referees, Mair Phillips and Dan Phillips, represented Carmarthenshire at the Karate1 Premier League event in Dordrecht this month. This series of championships was established by the World Karate Federation in order to raise the number of standardised, high level global karate events each year, and to aid their bid to become an Olympic sport in 2020 (see The K is on the Way – and don’t forget to “back the bid”).

Attending the event for the second year in a row, Mair and Dan were kept busy for the full weekend, officiating alongside several World and European qualified referees. Mair’s performance was rewarded with selection to officiate in one of the finals on the second day, which was great practice ahead of her next European refereeing examination in Montenegro in June. 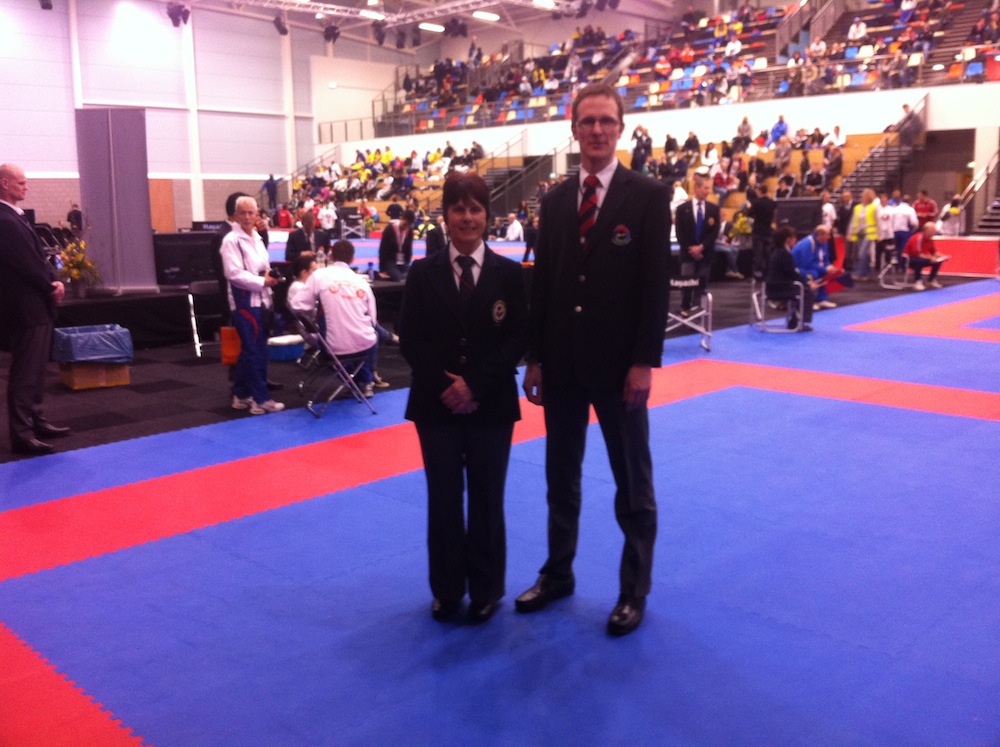