Seven clubs contested this year’s WHKK Championships in St.Clears and once again, Carmarthenshire’s teams were prominent in the medal table.

The top of the table was closely fought between St.Clears and Carmarthen, with St.Clears taking an early lead in the opening categories of both kata and kumite while Carmarthen’s strength came in the latter stages of each section. It finished with both teams on an equal number of gold medals, so Carmarthen just edged into the top spot with a greater number of silver medals.

The good news continued for Carmarthenshire with the selection of the Davies family from St.Clears to receive the “performance of the day” trophy, chosen by the chief instructor of WHKK – Shihan Barbara Mumberson.

This award was in recognition of the combined efforts of Jack, Lucy and Mari, particularly in their respective kata categories in which Lucy won gold and Jack and Mari each won a silver medal. Jack followed this up with gold in his kumite category and Lucy was part of the pairs kata team that took silver; Mari only narrowly missed out on getting another medal too, with a 4th place finish in her kumite group.

All in all, quite a good day for the Davies family. Well done to you all – you’re a formidable team just by yourselves! 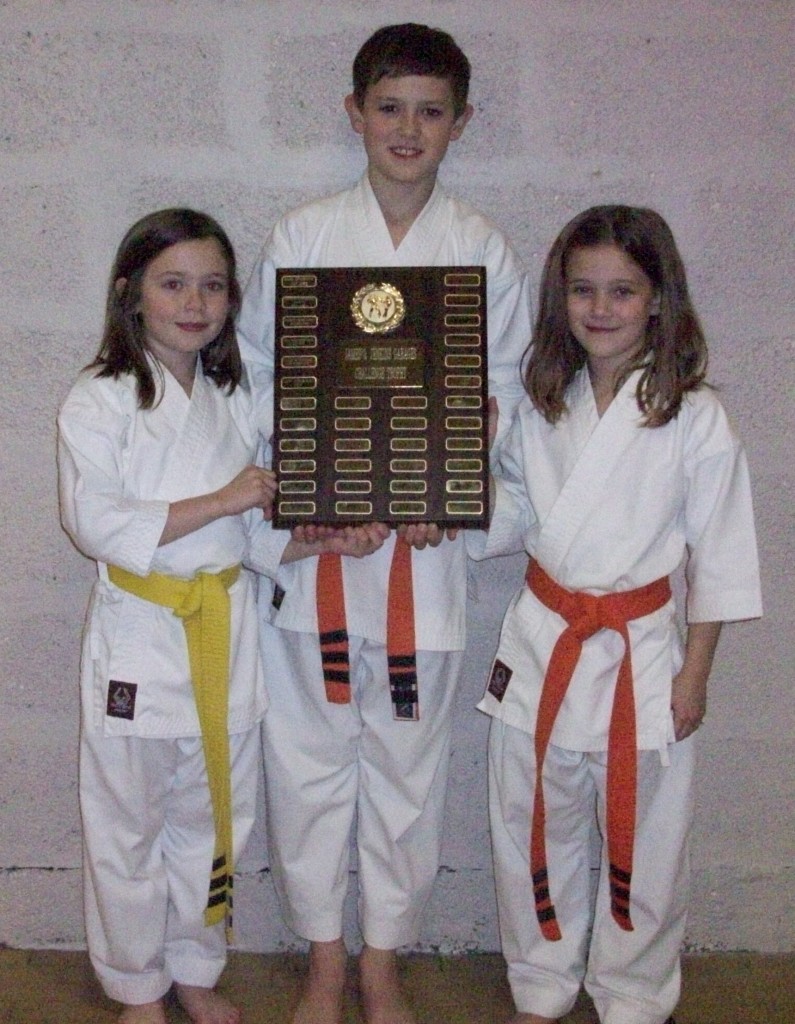