Carmarthenshire Karate’s chief instructor, Mair Phillips and her son and fellow instructor Dan Phillips have been putting the county and country on the world karate map once again this year, with success at the recent WKF (World Karate Federation) referee course and examination in Dubai. Already at the top of their refereeing qualifications in Europe, Mair and Dan took the next step on the international stage by completing fives days of theory and practical instruction and examination, before progressing to three days of competition at the Karate1 Premier League event with their new world judging qualifications. The pressure was intense and standards set particularly high in this, the year that karate makes its debut at the Olympic Games in Tokyo. 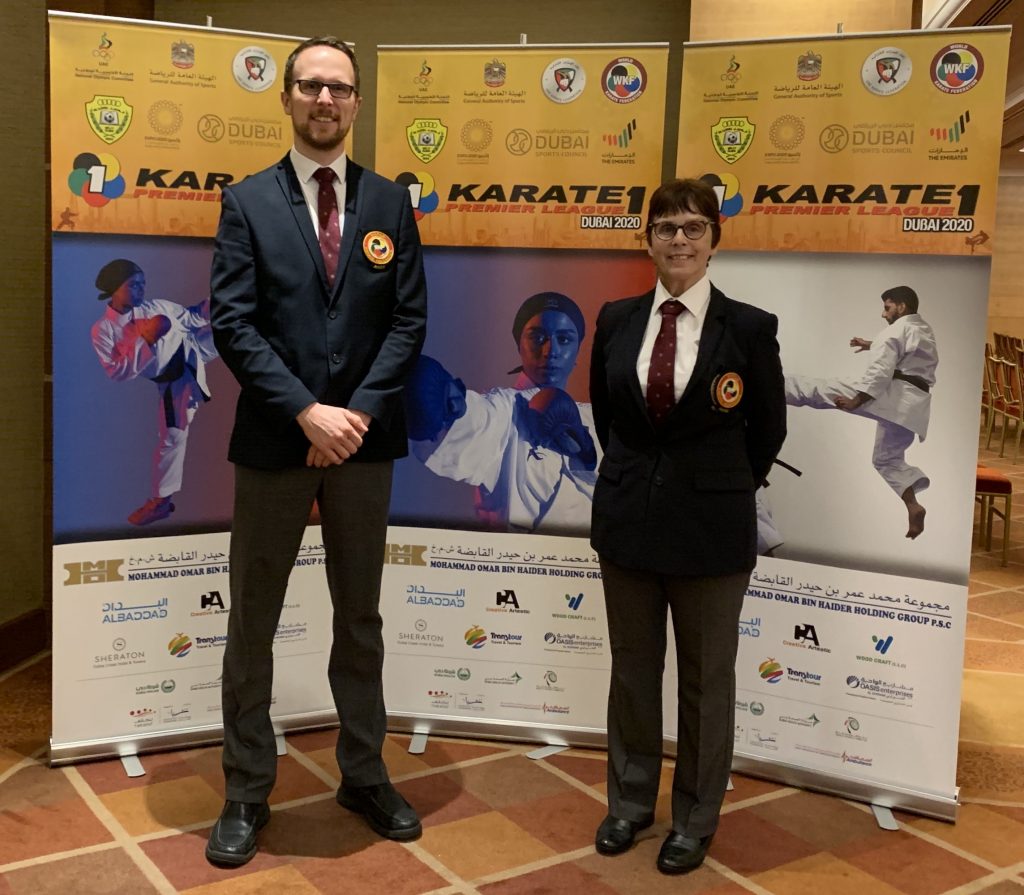 They both head to Baku, Azerbaijan later this month, for the Senior European Championships – the last qualification event for athletes hunting for points before the summer games, so pressure will be high once again. Over the last ten years, Mair and Dan have been able to bring all of this international refereeing experience back to Carmarthenshire Karate’s five clubs, for the benefit of its competition squad, some of whom also represent Wales in the national squad.