It was another trip to Scotland for two of Carmarthenshire’s referees, as they officiated at the British Four Nations Championships at the brand new, Emirates Arena in Glasgow.

Mair and Dan joined officials from across the British Isles and Ireland in one of the venues to be used at next year’s Commonwealth Games, which hosted a karate event for the first time, in a packed sport’s hall. 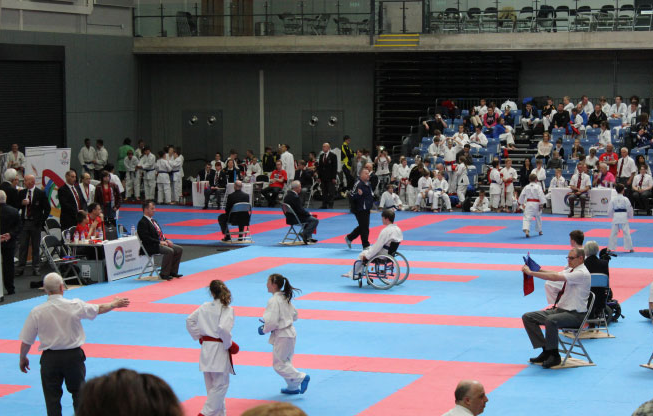