Today we saw history made at Carmarthenshire Karate, as seven (7!) of our students passed their 1st Dan gradings in front of Hanshi Peter Spanton (9th Dan), following the WHKK West Wales Course in our Narberth dojo. The new black belts were rewarded for their hard work and several years of dedication, which really showed as they were put through their paces by the Higashi Karate Kai chief instructor. 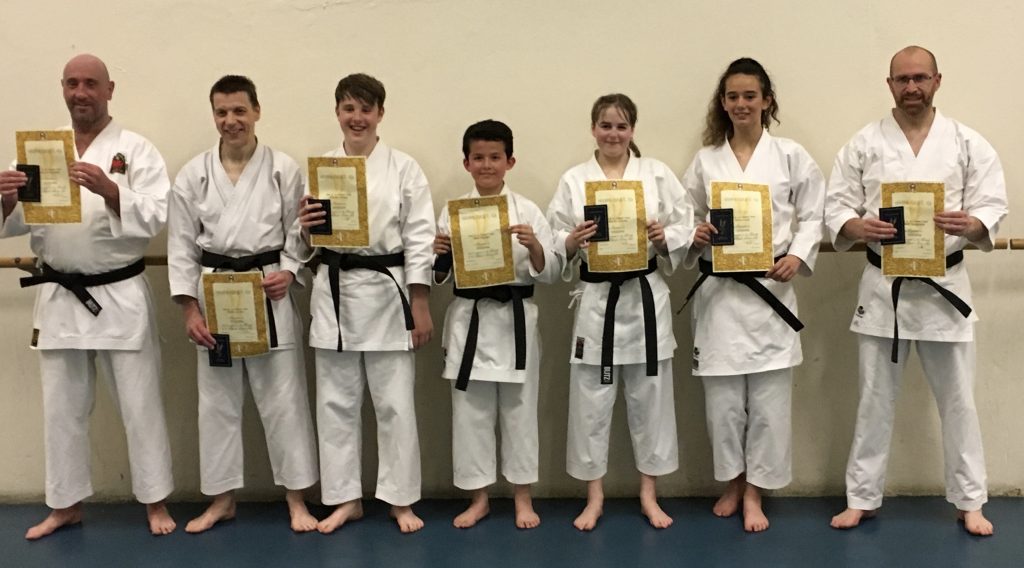