We were privileged to see two of our students representing Wales at the European Championships for Cadets, Juniors & U21s in Aalborg, Denmark this weekend. This was Mina’s third international cap, having represented Wales at both World and European championships already over the last two years, while Ben was gaining his first international honours with the Welsh team. 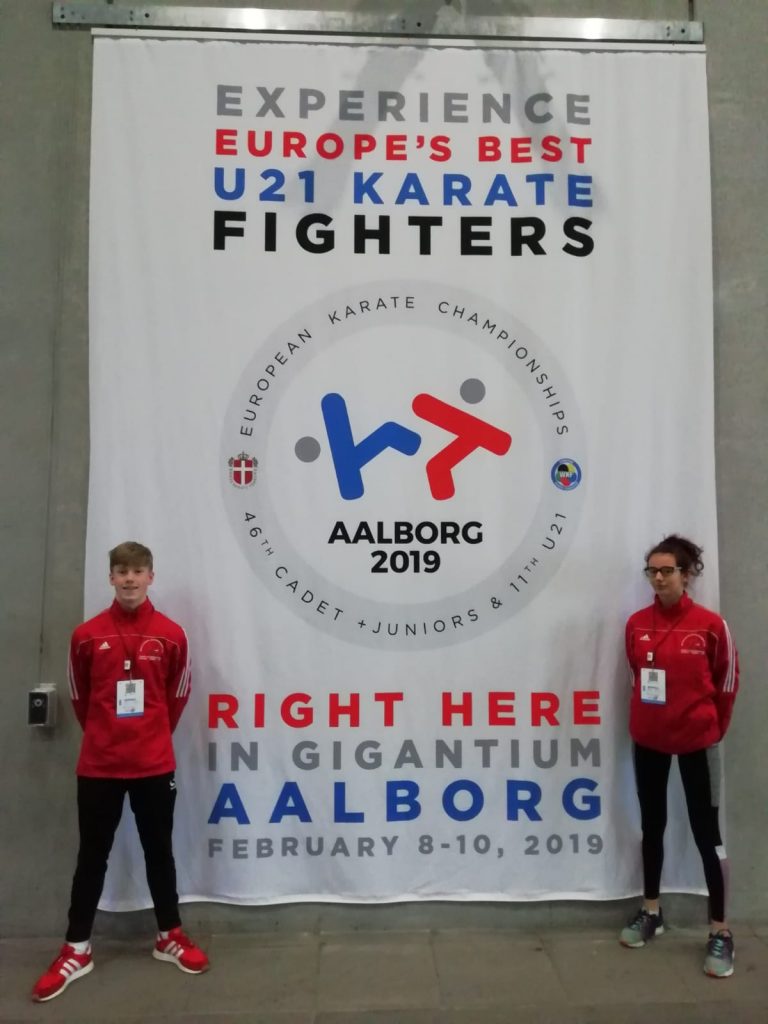 Both of our fighters did themselves proud on the tatami, never giving up and making life very difficult for their opponents. Their time with the Welsh squad, working with the National Coaches and fellow team members will prove an invaluable experience.

Joining Ben and Mina in Aalborg (along with the rest of the Welsh team and travelling supporters) were Mair and Dan, officiating once again and celebrating successful examinations, both achieving their final European Kumite Referee qualifications. 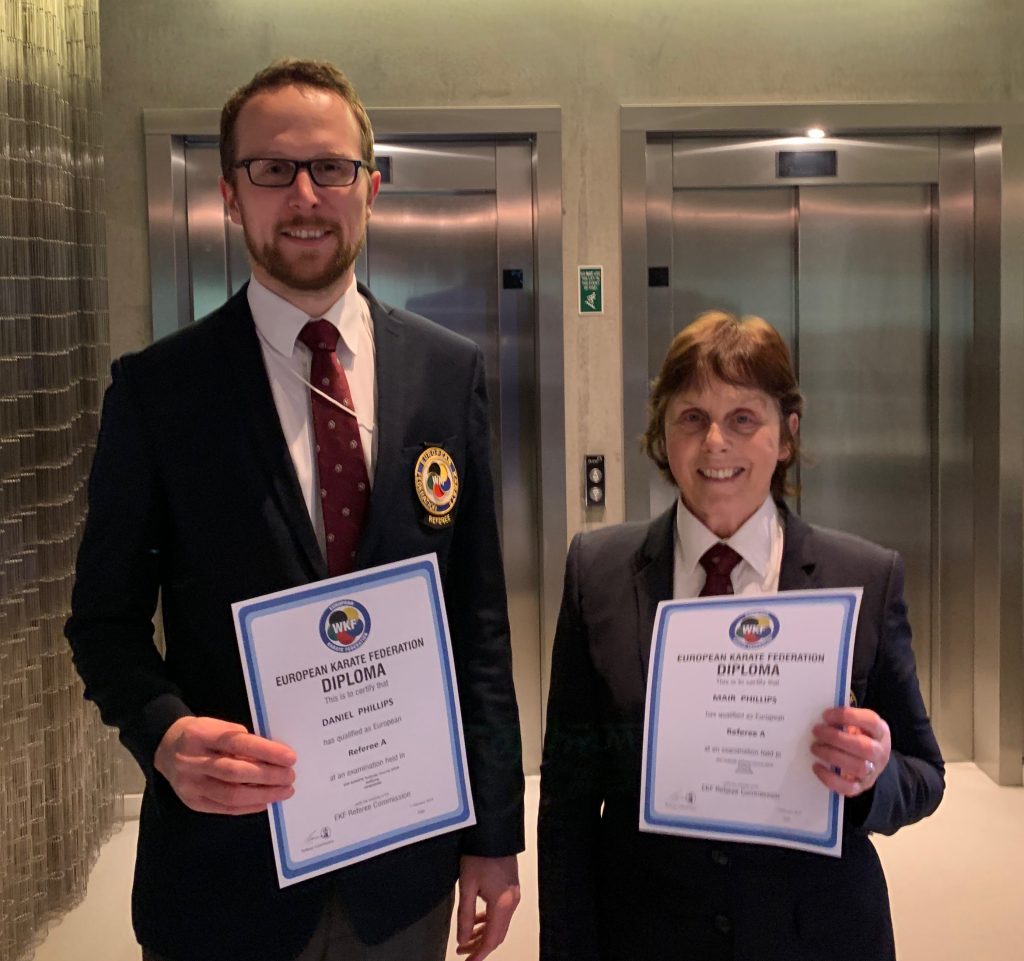